What can I do about Dry Eyes in Winter ?

Dry eyes is one of the most common complaints eye doctors get from patients during the winter season, especially in the cooler climates. That’s why we’d like to share some tips on how to relieve dry eye discomfort, and how to know when your condition is serious enough to come in for an evaluation. 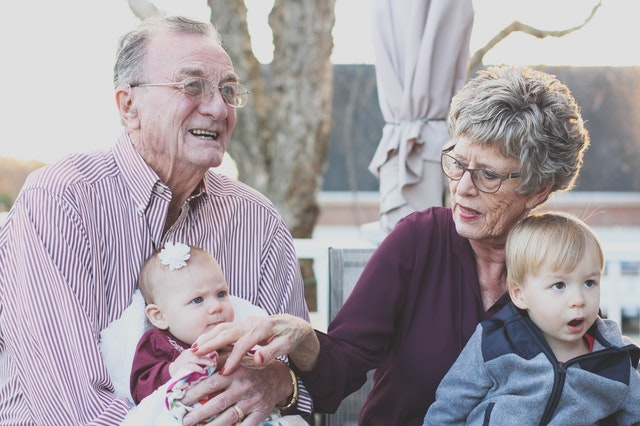 Whether you live in a climate with cold winter weather or you are planning a ski trip up north, winter can be a challenge if you suffer from dry eyes. Dry, cool air, cold winds and even drier indoor heating can cause eye irritation, burning, itchiness and redness, and sometimes even excessively watery eyes as more tears are produced to compensate for the dryness. Many people have a chronic feeling that they have something in their eye and some even experience blurred vision. These symptoms can be debilitating!

“An estimated 5 million people over 50 years of age in the U.S. suffer from dry eye, according to the National Eye Institute (NEI).”, American Optometric Association

Dry eye syndrome is a chronic condition in which the eyes do not produce enough tear film, or do not produce the quality of tear film needed to properly keep the eyes moist. While winter weather can make this condition worse, it is often present all year round. If you find that the tips above do not alleviate your discomfort or symptoms, it may be time to see a optometrist to see if your condition requires more effective medical treatment.

Dry eyes and uncomfortable symptoms are not a reason to throw out your contact lenses! Your first step should be a visit to our optometrist for an eye exam to rule out any other serious, underlying eye problems.

Once the cause of your discomfort is determined, we’ll work with you patiently to find the best solution.
If you’re bothered by dry eyes, schedule a comprehensive eye exam with our optometrist.
We’ll evaluate the cause of your condition and recommend the best dry eye treatment to bring you relief!

Call The Contact Lens Centers on 214-238-8458 in Dallas, TX to schedule an eye exam with our optometrist.

Just in case you missed them, here are some of our previous blog posts :

Dallas LASIK, Who is the Ideal LASIK Candidate?

Diabetes is becoming much more prevalent around the globe. According to the International Diabetes Federation, approximately 425 million adults were living with diabetes in the year 2017 and 352 million more people were at risk of developing type 2 diabetes. By 2045 the number of people diagnosed is expected to rise to 629 million.

Diabetes is a leading cause of blindness as well as heart attacks, stroke, kidney failure, neuropathy (nerve damage) and lower limb amputation. In fact, in 2017, diabetes was implicated in 4 million deaths worldwide. Nevertheless preventing these complications from diabetes is possible with proper treatment, medication and regular medical screenings as well as improving your diet, physical activity and adopting a healthy lifestyle.

“In 2014 alone, eye doctors found diabetes-related manifestation in 240,000 patients who were not aware they had diabetes, leading to a prompt diagnosis and care, which minimizes the risk of complications,” says AOA President Andrea P. Thau, O.D.

Diabetes is a chronic disease in which the hormone insulin is either underproduced or ineffective in its ability to regulate blood sugar. Uncontrolled diabetes leads to hyperglycemia, or high blood sugar, which damages many systems in the body such as the blood vessels and the nervous system.

How Does Diabetes Affect The Eyes?

Diabetic eye disease is a group of conditions which are caused, or worsened, by diabetes; including: diabetic retinopathy, diabetic macular edema, glaucoma and cataracts. Diabetes increases the risk of cataracts by four times, and can increase dryness and reduce cornea sensation.

In diabetic retinopathy, over time, the tiny blood vessels within the eyes become damaged, causing leakage, poor oxygen circulation, then scarring of the sensitive tissue within the retina, which can result in further cell damage and scarring.

The longer you have diabetes, and the longer your blood sugar levels remain uncontrolled, the higher the chances of developing diabetic eye disease. Unlike many other vision-threatening conditions which are more prevalent in older individuals, diabetic eye disease is one of the main causes of vision loss in the younger, working-age population. Unfortunately, these eye conditions can lead to blindness if not caught early and treated. In fact, 2.6% of blindness worldwide is due to diabetes.

As mentioned above, diabetes can result in cumulative damage to the blood vessels in the retina, the light-sensitive tissue located at the back of the eye. This is called diabetic retinopathy.

The retina is responsible for converting the light it receives into visual signals to the optic nerve in the brain. High blood sugar levels can cause the blood vessels in the retina to leak or hemorrhage, causing bleeding and distorting vision. In advanced stages, new blood vessels may begin to grow on the retinal surface causing scarring and further damaging cells in the retina. Diabetic retinopathy can eventually lead to blindness.

Signs and Symptoms of Diabetic Retinopathy

The early stages of diabetic retinopathy often have no symptoms, which is why it’s vitally important to have frequent diabetic eye exams. As it progresses you may start to notice the following symptoms:

There is no pain associated with diabetic retinopathy to signal any issues. If not controlled, as retinopathy continues it can cause retinal detachment and macular edema, two other serious conditions that threaten vision. Again, there are often NO signs or symptoms until more advanced stages.

A person with diabetes can do their part to control their blood sugar level. Following the physician’s medication plan, as well as diet and exercise recommendations can help slow the progression of diabetic retinopathy.

Scar tissues caused by the breaking and forming of blood vessels in advanced retinopathy can lead to a retinal detachment in which the retina pulls away from the underlying tissue. This condition is a medical emergency and must be treated immediately as it can lead to permanent vision loss. Signs of a retinal detachment include a sudden onset of floaters or flashes in the vision.

Diabetic macular edema occurs when the macula, a part of the retina responsible for clear central vision, becomes full of fluid (edema). It is a complication of diabetic retinopathy that occurs in about half of patients, and causes vision loss.

While vision loss from diabetic retinopathy and DME often can’t be restored, with early detection there are some preventative treatments available. Proliferative diabetic retinopathy (when the blood vessels begin to grow abnormally) can be treated by laser surgery, injections or a procedure called vitrectomy in which the vitreous gel in the center of the eye is removed and replaced. This will treat bleeding caused by ruptured blood vessels. DME can be treated with injection therapy, laser surgery or corticosteroids.

The best way to prevent vision loss from diabetic eye disease is early detection and treatment. Since there may be no symptoms in the early stages, regular diabetic eye exams are critical for early diagnosis. In fact diabetics are now sometimes monitored by their health insurance to see if they are getting regular eye exams and premium rates can be affected by how regularly the patients get their eyes checked. Keeping diabetes under control through exercise, diet, medication and regular screenings will help to reduce the chances of vision loss and blindness from diabetes.

If you or a family member suffer from Diabetes, a consultation with one of our Eye Doctors, could be the next step to improving health and quality of life

Call The Contact Lens Centers on 214-739-2020 in Dallas, TX to schedule an eye exam with our optometrist.

Just in case you missed them, here are some of our previous blog posts :

The World Sight Day Challenge, slated to take place on October 9, 2014 is an annual awareness day that aims to focus global attention on blindness and vision impairment worldwide. The day aims to create awareness that blindness can be avoided if there is universal access to quality vision and...

Workplace Eye Safety Month Blue light. Do you know what it is? Do you know where it comes from, or how it can be harmful to your eyes? If you don’t know the answers to these questions, you are not alone, yet it is important that you become aware to...

Don’t Let Fall Eye Allergies Get You Down

Red, itchy, watery eyes and swollen eyelids (along with sneezing, congestion or a runny nose)...

7 Things You Should Know About Eyelid Twitches

You may have experienced this before. Out of nowhere, your eyelid starts twitching uncontrollably. While this can be a cause of aggravation, eyelid twitches, spasms or tics are actually quite common. Here are 7 things you should know about this eye condition: Eye twitches are generally caused by a repetitive,... 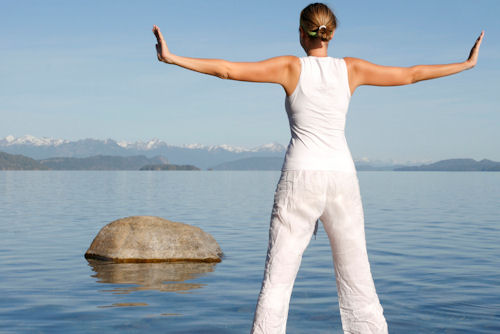 Regular exercise is an essential component of overall health and wellness. It is proven that exercise reduces sickness and disease; it increases strength, immunity, and mental health; and it also helps regulate bodily functions and maintain a healthy weight. Research shows that exercise can lower our risk of chronic conditions such as high blood pressure, heart disease, diabetes, diabetic retinopathy and diabetic macular edema, as well as other eye diseases such as glaucoma, cataracts and wet age-related macular degeneration (AMD).

Whereas, a sedentary lifestyle increases the risk of these diseases and of vision loss, studies show that even moderate exercise at least three times a week can improve the prognosis of the above-mentioned chronic illnesses and reduce the risks of developing vision threatening eye diseases.

Inactivity is an even higher risk factor if you have other co-factors for developing eye diseases, including: a family history, previous eye injury or surgery, diabetes, high blood pressure or very high myopia. A combination of healthy lifestyle habits which include regular exercise and a nutritious diet and tending to your mental and emotional well-being can reduce these risks significantly.

Tips for Incorporating Physical Activity Into Your Day

Where can you find Eye Saftey Protection & Prevention services in Carrollton, Texas?
Call The Contact Lens Centers on 972-362-5043 in Carrollton, TX to schedule an eye exam with our optometrist.

If you are exercising outdoors or playing contact sports, make sure to protect your eyes with sunglasses or sports safety glasses to ensure your eye health and safety.

Regular exercise can significantly decrease your risks of certain eye conditions but you still have to ensure that you visit your eye doctor for regular exams. Schedule a comprehensive eye exam every year to ensure your vision and your eyes are healthy and to catch any possible problems as early as possible.

Eye health and disease prevention are just two of the many health and wellness benefits you gift yourself when you make exercise a regular part of your lifestyle. Speak to your doctor if you have any health issues that need to be considered. At any age or level of physical fitness, you can find some form of exercise that works for you.

Call The Contact Lens Centers on 972-362-5043 in Carrollton, TX to schedule an eye exam with our optometrist.